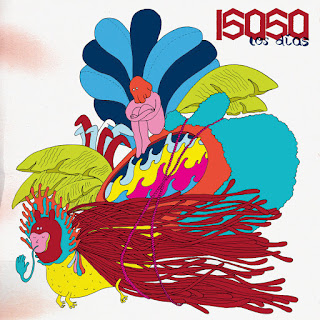 Isasa plays and composes in the American Primitive tradition or what could be flipped as Primitivista España as the musician is based in Madrid. Besides the requisite acoustic guitar as the foundation, he also incorporates a Weissenborn lap slide guitar and banjo into the frameworks found on his second solo album released in late 2016. With the fretwork infrastructure in place, he shapes his sonic sandcastles in the air.  In these realms, he plays in the ethereal open spaces between the finger-picked notes and the rounded off slide notes, while allowing ample room for listeners’ imaginations.  The musician admits that he needs the tangible instrument in his hands when he is composing and is not one of those artists where melodies hit like a flash of lightning and later the instrument is utilized to decipher, translate and express the inspiration. With this background knowledge, he knows that deliberate practice (aka focused work) can make momentum and sometimes summon the muse that won’t instantly beckon him to compose off the top of his head. Being a creator of all-instrumental music, he’s already working in the realms of the implicit, with the music‘s inherent ability to express and evoke feelings that are beyond the capacity of words.  In translated interviews, he emphasizes the importance for others to bring in their own set of unique experiences in order to make their own interpretations of his music. These fluid sounds bring listeners to the point of reflecting on the subtle and mostly forgotten experiences which stack up to change us (hopefully for the better) as individuals. The lone banjo number, Gorrión (i.e., Sparrow), is actually the standout song on the album and could have fit in on the seminal The Banjo Story-Vol.I compilation from 1963.  Hopefully, he will continue these banjo explorations on future recordings.  Later, “Rondo de Segovia” unfolds to reveal Middle Eastern motifs & Indian ragas running alongside the Spanish accents and flair. The quixotic spirit is imbued in the notes, heard from the strings and felt in air on Las días. 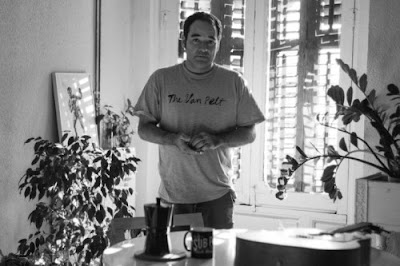