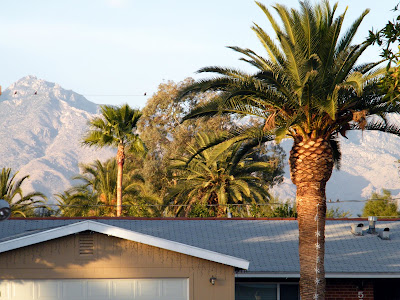 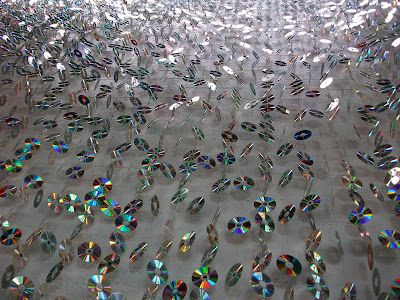 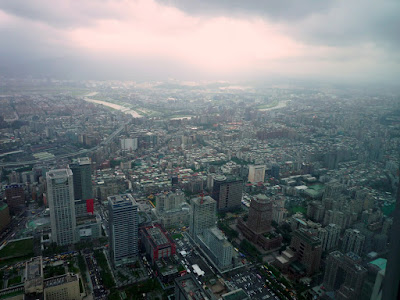 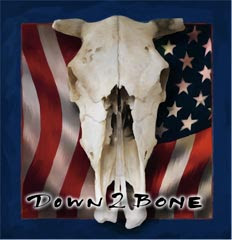 While the front cover might mislead some to think this is a country album from the 90’s and the name of the album/group/concept reflects hip-hop, rap-rock or even Prince from the same decade, this album actually comes from a long linage stretching back to mid-sixties Midwestern folk and garage rock. Over the years, listeners spanning from Sweden, France, England to Japan have found their way to the American music of Chuck Perrin and his Webster’s Last Word label which has been independently spinning since 1968. The close of this decade brings the world Perrin’s most varied, yet simultaneous most unified effort with the thread continuity being a confrontation of the conditions and a questioning of the directions we find ourselves here in the Pacific Southwest 2007-?.

The heartland rocker “Find A Way” aptly opens the album with seemingly over-simple, yet true sentiments. Perrin passes down his father’s words: “Put one foot in front of the other & do your best each day/You’ll find a way.” It’s also analogous to the writing process by replacing foot for word while recalling John Cougar Mellencamp’s Scarecrow & Lonesome Jublilee-era harvester rock (then at his peak of corralling of musical hooks with social consciousness under Don Gehman production.) “Too Much to Ask” spurs us to further examination and re-examine not the way the powerful run the Divided States, but the way we run ourselves during our momentary interactions, actions and reactions—frequently surrounded by incessant & shrill phones, our own crying children, grinding leaf blowers and diesel exhaust.

The protagonist of “Where the Wild Winds Blow” is fully aware of Henry Ford’s opinion that “Beaten men take beaten paths” but like a River Rouge lineman, a Nogales maquiladora assembler and the broken circles of Latino men waiting and wanting for work everyday of the year, there is little opportunity to change their plight. Dexterous guitar and Chuck Almond’s percussion offer solace against this backdrop rut before drifting out to Calexico or Friends of Dean Martinez-like ending that evokes the layered and sloping sand dunes framed by Interstate 8. Unfolding and unencumbered, “Chain of Choices,” navigates the listener through the labyrinthine structures about playing our cards with dharmic purpose, even when life frequently has countless trick cards up its sleeve. “Down to Bone” is an invocation by way of William Faulkner’s famous proto-emo statement, “Given the choice between the experience of pain and nothing, I would choose pain.” This is a jarring proclamation of wanting to work through the aforementioned constructs and entanglements while questioning what constitutes the core with the desire to return to the rudiments of life itself.

With its catchy chorus, jaunty rhythm and reassuring lyrics of gratitude “Tennessee” is the accessible and possible pop hit on this CD/download/website. This standout, moving between downtown and the down home, could be on the hot country charts or countrypolitan radio--if touched up by a big glossy production riding over minor steel guitar accents and major guitar pyrotechnics. Better yet, it could be interpreted by Johnny Cash, Buck Owens in their heydays or even the 1968 country-tinged Byrds (think “Goin’ Back). I like it just the why it plays as it is comfortable as broken-in border town boots.

“Trustville” arises cracked and fragile like an atmospheric Sufjan Stevens song before widening out to swaying bossa-nova with its evocative percussion floating over an ocean of clouds. Veering into Don Henley territory, “Bring it Here,” highlights Perrin’s smoky & grizzled vocals that are world weary on the edges, but ultimately optimistic at the core. A flaring sax exchanges the jagged unease with the healthy desire to expose what’s currently behind the curtains. The guitar sounds on “Tell Me You’ll Be Mine” appear exhumed off Columbia House "12 for a penny" Mountain, Foghat, Nazareth albums (stacked and overpriced in a Yuma antiques store) while the over-the-top bravado lyrics give solo Diamond David Lee Roth a run for his money. A Little Stevie Wonder harmonica riff tags the end of this diddy, but the setting is not of a bleacher stompin' & sweaty 1963 high school gym, but the open doorways of a salty Ventura Harbor blues bar.

“Life is a Stream” floats us back inland and is a minor key remodel of a wistful song Chuck and his sister Mary first started performing in 1968. I still prefer the sepia-toned and seamless original version and instrumental found on their 1971 seminal album of the same title. The clangorous guitars return with “The Glass Off” and finishes off the album with vengeance. Aptly, the album concludes without melodic resolution, but with the ship sinking, the floor coming out and things burning to ground. Ashes to ashes, dust to dust, note to note, word to word and only time will tell where we are headed next in century 21. As for now Perrin has made his definite statement on this crossroads decade as we make the necessary stops, continuations and starts towards a better one. In his Down2Bone website introduction, Perrin simply states it best, “There is no going back.”
Audio and visuals (from photographer Dennis Reiter) found here:
http://down2bone.com/
If Walker Evans ever saw aspects of current times of bordered-up businesses, broken homes, crushed dreams and undercurrent of hope in the 2009/2010 Southwest...
Posted by Ted at 7:02 AM No comments: