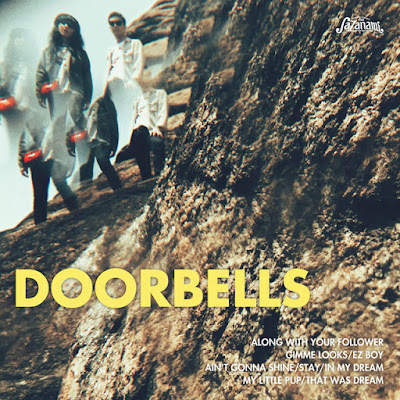 While the cover makes this looks like a swirling album of Japanese psychedelia, this is actually a stripped down Merseybeat record proudly revealing its skiffle roots. This duo is from Okayama-located roughly halfway between Hiroshima and Osaka. Google Translate cites George Harrison, Gene Clark, Jonathan Richman, Love, Happy End, Belle & Sebastian, Hollies as their influences, but I’m hearing Billy Bragg, the Decibels, the Dentists, the Nerves, Television Personalities and Tony Molina topped off with charming vocals that evoke Davy Jones and Peter Noone shaping their sound.  Overall, their 8 original songs, capturing and delivering the spirit of 1962-1967, are as compact and efficient as a vintage Honda Civic. This debut offers finely crafted pop like “Gimme Looks” which strums along in a guitar-driven and stately manner that recalls the best of the 1978-1980 mod revival.  The spare elegance is quickly followed by the dashing Hi-Five-ish beat of “EZ Boy.” The only deviation and misstep is the song “Stay” as it wilts towards the besotted blooze rock stylings of early ‘70s John “Lost Weekend” Lennon. While “Stay” does feature competent blues licks and provides contrast, it’s a letdown compared to all humbucklin' punch found in the surrounding succinctness. The crisp production, distinctive presentation and gnarly guitar tone allow these Doorbells to truly stand apart as there is enough grit not to be trite and more catchy hooks packed into one song than many acts deliver in their entire careers. In brief, this combo achieves that tricky balance of sounding off the cuff while simultaneously maintaining their rarefied cool. 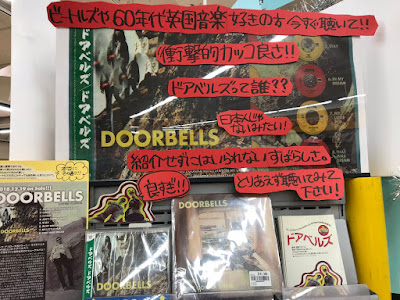