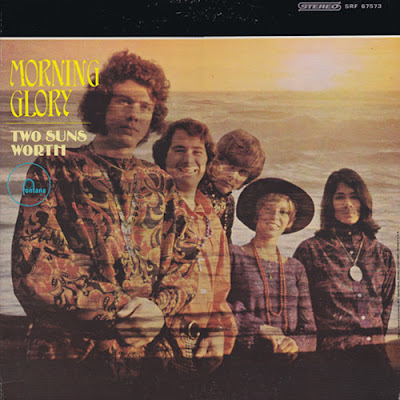 While on the surface, it appears like this is Fontana Records’ last ditch effort to stake their claim on West Coast hippie trip, Morning Glory's Two Suns Worth has aged surprisingly well and gradually reveals additional dimensions with each listen. Overall, it's the folk-rock-psychedelic sound found at the fault lines of 1967 and 1968.  For years. it was perpetuated that John Cale engineered this record somewhere between his time in the Velvet Underground and his later groundbreaking production work with the Stooges, the Modern Lovers and Patti Smith.  Most likely it was the OK Sooner JJ Cale working at Snuff Garrett’s Amigo Studio in North Hollywood who conducted the engineering.  Nonetheless, Morning Glory rose from San Rafael and featured the yin vocals of Gini Graybeal intertwining with the yang vocals of Bob Bohanna.  Danny NuDelman supplied the stinging guitar, while keys were handled by Larry Gerughty (ex-Butch Engle & The Styx).  The thunderous "Need Someone" opens the album and probably went down well at their live shows supporting Moby Grape and the Grateful Dead. While the ensuing songs on side 1 tend to get a little too bombastic, cluttered and rigid for their own self-righteous good, there are some countervailing soaring harmonies that take flight on songs like "Stone Good Day." These songs probably sounded best live at the  Aquarian Family Festival concert held on the San Jose State College football practice field in 1969. With some molten moments flowing into place, side 2 is the more resilient and mesmerizing Yin side. “Jelly Gas Flame” displays an uncanny resemblance to "Eight Miles High" with some eerie atmospherics seeping in, while the ecclesiastical sounding "I See a Light" offers stabilization with its abundant sunshine blazing through the murky and turbulent skies. In general, their best songs prominently features the lavish layering of the 12-string guitar chasing and capturing the fleeting moment. For instance, “Live for Today” is trellised folk rock in the genus of the Rose Garden, We Five, the Joint Effort, Jefferson Airplane and Yankee Dollar and seemingly could have contended on the charts-if the storms of 1968 didn't break on through. While once long lost and abandoned in the haste of the major label gold rush, the reemergence of  the "Two Suns Worth" album has allowed Morning Glory to finally come to light. 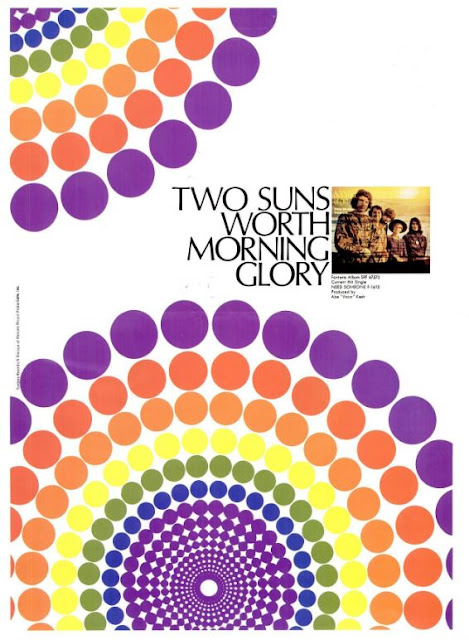