The Pen Friend Club-Wonderful World of 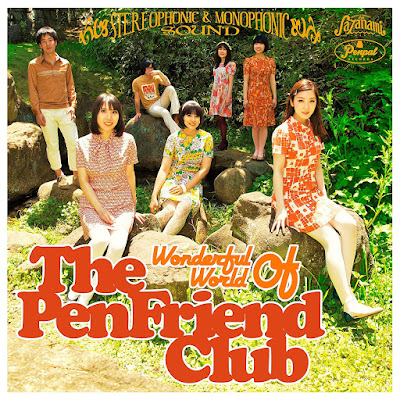 "We find only the world we look for."-Henry David Thoreau

Due to the elaborate complexity and the competency required to produce the multiple layers of melodic sounds, it’s understandable that there are only a handful of bands around the world that attempt to carry the torch of the Wrecking Crew into century 21.  Since their 2014 debut album, Japan’s Pen Friend Club have been the worthy heirs of the studio group behind some of the biggest and lasting hits of the sixties (e.g. “California Dreamin',” “Good Vibrations,” “Strangers in the Night,” “Up, Up and Away”).  For a contemporary group, they have been quite prolific as this is their 4th album in as many years.  While the band's lineup has fluctuated at times, the group’s main catalyst, Yuichi Hirakawa, has been the stabilizing element in emanating his particular sunburst pop visions.  His distinctive “yellow & orange” approach consists of “building castles in the air,” over a detailed foundation of Japanese-accented girl group vocals, vibraphone embellishments, and stacked harmonies.  While covers of the most enduring, yet not overdone songs associated with Brian Wilson, Phil Spector, Jimmy Webb are the towering spires, by writing, arranging and producing his own incandescent originals, which stand on their own, he makes sure the outfit is far removed from any reenactment acts. 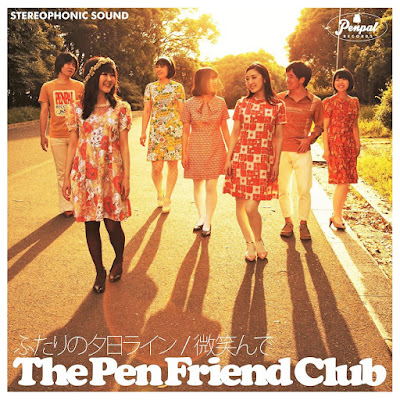 With each successive album, the number of originals have gradually become balanced against the amount of covers.  This year’s release evenly splits the difference with five well-chosen covers and five uplifting originals.  It’s interesting that a few of the originals are now being sung in their native Japanese, which is a good thing.  As the group has gained more experience and momentum, they have obtained the smoothness and slight swank necessary to be in contention for a possible J-pop hit and/or television & movie placement in their native market.  (It appears from Google translate that Hirakawa did indeed write a song for RYUTist, an idol pop group.)  The standout cover this time around is the 5th Dimension’s wonderfully byzantine “Love’s Lines, Angles and Rhymes” which the now defunct KOY-AM would play from time to time.  While this has introspective mellow metaphysical 1971 written all over it, other sweeping and ebullient songs recall the sunlit days when Hallmark stores played Bread & the Carpenters softly in the background, American Spring records were in the racks and floral prints were all the rage. These jet stream California sunshine sounds soar out of this current harsh world--to a better place suspended between Japan, the United States, winter, summer, the ‘60s, and now.

"...and the emergence of spring is merely the outward manifestation of a process which has never seen any lapses in its motion." - Ben Edmonds