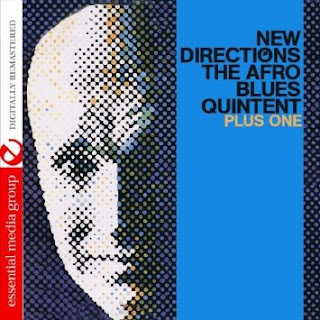 Don’t let the strange cover art or the unwieldy band name deter you from considering this instrumental soul, Latin jazz, and easy listening musical treasure from 1966.  Despite the band name, there is only a trace amount of blues in this act.  A prominent pop sensibility, propelled by the polyrhythmic percussion interwoven between the melody carrying vibes and flutes, illuminates this remastered long player. The pick hit is the buoyant “Mystic Mambo” which was also issued as a truncated single. This Los Angeles-based combo frequently played the famous Sunset Strip circuit and you can hear their musical cross-pollination as a refracted influence on the pop rock groups of that seminal area and era-namely the Doors and Love.
Posted by Ted at 8:41 AM No comments: