News: Hot Off The (Private) Press 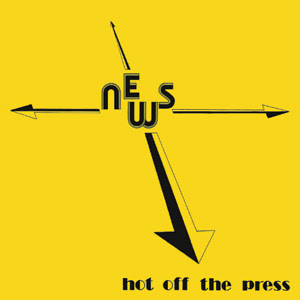 From an overview perspective, Hot Off the Press is a wonderful 1974 anomaly fed from the mainstream tributaries/currents of the Lovin’ Spoonful and the ‘70s Beach Boys, along with some distant echoes of pop-era Don and the Goodtimes, New Colony Six, and from around the bend “Blew Mind” Hardtimes. Moving beyond the banks and inland, the City & Western harmonies of Moby Grape, Buffalo Springfield, Spur and the Everpresent Fullness stretch over the old territorial frontiers.

The extraordinary thing here is there was no particular reason for this extinct sound in the "lost years" of the early ‘70s. Whether you hold the perspective that that the floor suddenly came out from under 1968 world, along with concomitant music scene, due to the rough waters or if things just slowly sunk into the inevitable major slump, this record carries forth the Wilsonesque tradition of extending the sunshine dreams and healing music of the mid-‘60s into the harsh early ‘70s. The continuing story is that News with its convergence of steel guitar with harmonies created a distinctive American sound, once heard only in rarified circles, that has endured over the shifting currents of time.

Who Wants Yesterday's Papers?
Hot off the Press is not simply a nice, somewhat underrated, cul-de-sac into escapism like Flash Cadilac and The Continental Kids’ Sons Of The Beaches album. The album is not only suspended in time, but the unfolding music, at times, has a suspended in air quality. After spinning through the noise of the dial on “Radio Blahs,” the noise is cast aside and the signal is found in the song “Loser” with its interlocking parts driven by a steel guitar, propulsive percussion and ascendant melodies converging and diverging in unexpected, but magnificent directions. By the time of the call and response, new vistas and unification are reached and everything fits together like the design of a ‘67 Mercury Cougar. With their flourishing arrangements and melodic magnetism, were News holdovers or holdouts for the mid-sixties sounds? Or were they simply unabashed believers in that magic that the Lovin’ Spoonful once sang about. “Oh La La” is as sparkling and remarkable as spotting one of those Peter Max-ish Uncola signs still hanging in one of those out the way and trapped in another time rural towns. This is sound the Beach Boys were looking for throughout most of the ‘70s. Next, “Farmer’s Daughter” comes charging out of the gate in full force spurred by the big soaring spirit of Moby Grape blazing over some deep Grass Roots tangled under explosed sections of some pizzicato'ed “Pipeline.” They truly find the hidden door to 1967 on this one.

Who Loves the Sun…Not Everyone?
Overall, “Misty Day,” reminds me of leaving 1981 Daytona Beach at sunset, and looking down the beach as miles and miles of traffic was leaving the day. All seemed connected by the good vibes and active day not etched into redundant routines or divided up trying to get obligations done. It also reveals the path of working towards some notion of leisure that can be futile as scooping sand in face of the lapping tide. Further, the song serves as a reminder of the relinquished sense of wonder resulting from being removed from the experience of rising & setting sun and out being truly out of step with nature. The incandescent song floats and veers into realms evocative of the best Strawberry Alarm Clock. The steel guitar meander like the coastal 101 while the climbing harmonies cut through the marine layer and reveal the trinity of Mountains, Oceans and Sun. The fact that this unfolding song, full of contrast, leans more towards the ‘Clock than the “Ventura Highway” of America is probably the major reason News never made a breakthrough to 1974 mainstream listeners (who were only on the verge of reaccepting the “Endless Summer” packaged Beach Boys). Accordingly, the recording industry followed suite and the album only received nominal interest from Epic Records. The seagull sounds in the intro and fade are like flashes of ’60s lightning on the cluttered horizons of '70’s. 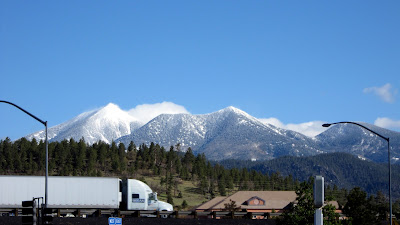 You Can Always Go Downtown?
“Easy Street” and the entire album for that matter contradict the academic origins of this band based around Yale University in New Haven. Frequently, albums emanating from Higher Education sound over-contrived in their “progressive” attempt to achieve high art. Actually, it sounds years and miles removed from the academic milieu (in its worst tied-down incarnations), The band’s sensibility, ingenuity and approach does not sound studied or measured, it just sounds right. The playful “Easy Street” has a West Coast vibe all over it that belies both their Ivy League and the Northeast origins while also transcending that dated “good-timey” sound. The CD format allows for “Easy Street” to flow smoothly into the more cerebral “Pine Tree Heaven.” In this jaunt out to the rural routes, the album hits its pinnacle and reaches the possible peace and clean air you get in a mountain town enwreathed in trees away from the heat reflecting sprawl of the flatlands. The topography evoked comes off more as the human scale Smokey Mountains than the towering Rockies. In a way, the song chronicles the move of seekers from the downtown to the downhome. Still, “Pine Tree Heaven” does not present a clean and easy break and laments when “Downtown” both as a locale and a song used mean something—something hopeful. This is just one of the many nods to a higher profile group or song from this low to no profile group. These references are kept in check and work in the context of the songs without being corny or hagiographic.

Postflyte
“One Night Stands” and “Angie” turn down the brain wattage and tries to out bar rock CCR, the Stones, Brownsville Station or even Ron Loney-era Flamin' Groovies, but it does not really work. These missteps present an entirely different sounding band, with "Angie" being the superior of the inferior songs. “New York City” ends the proper album on a subtle and jazzy note taking a low rent “Light My Fire” excursion. The song is proficient, but lacks the Byzantine vibrancy of the said comparison. However, the song is a true grower and one hears new aspects of it with each listen. Two previously unreleased songs are affixed to the proper album. The brief instrumental “Dynamic Radio Spot Bed” actually sounds somewhere between a 5D Byrds backing track and Index. A demo of “Misty Day” closes out the album. Characteristic of most demos, this doesn’t have the lift off or the dimensions of the full spectrum album version. Still it’s endearing to hear the brittle as stucco quality of this practice run.

Sunshine Dreams, Indeed
Yoga Records and Riverman Music (Korea) have been providing an important countercurrent in the reissue scene by opening artist-authorized doors to‘70s private press albums that listeners (without a fat wallet and surplus time) could only previously read about in The Acid Archives. With its distinctive overlay of steel guitar intertwined with majestic harmonies, News could have been forerunners of a new movement, but got lost in shuffle between the critically sanctioned Cosmic Americana of the Flying Burrito Brothers, the cult of Gram Parsons and the popular commercial radio friendly sounds of America and David Gates/Bread (who do have their pop moments). Aspects of Hot Off the Press could have been said to anticipated the desert boots/ Calming Seas scene led by the Beachwood Sparks, Brother Brian bands like the Heavy Blinkers, the earnest & plaintive and melodic Volebeats and most recently in the realized rustic Americana of Fleet Foxes. However, this album was buried very deep at the turn of the last century to make any type of correlation. Hearing this inspired album for the fist time is 2011 is like an Asian zig-zag bridge allowing for a new perspective on 1974, while expressing the timeless hope in something better. 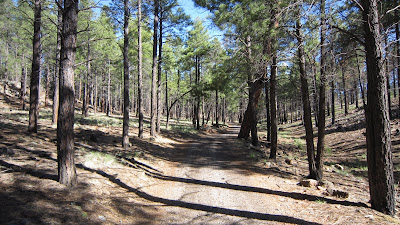