The Griefs-Throwing a Tempo Tantrum CD 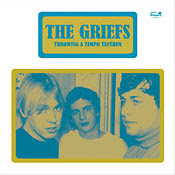 After hearing the impressive single “Whenever You’re Around” on WFMU, it was great to find out in late 2006 that the Griefs finally released their debut long player. However then the questions quickly became “Where do I find it?” and “In which format?” A web search of the finer online shops, labels and distributors revealed it was a probably a vinyl exclusive for an unspecified time. Still I kept searching for a possible CD release. Scrolling through the Bomp Mailorder weekly update emails reminded me of some notable CD reissues of the Index, Mystery Meat and the Trees (The Christ Tree) albums, but there was nothing on the Griefs. For a contemporary release, this provided one of the more challenging treasure hunts. At a certain point, I almost even considered the old style special order act of calling upon record stores like Freakbeat or Amoeba. Even the band’s label (Spoonful) did not have any information regarding a CD on their well designed website. This simply meant I had to venture into the freeze ‘n’ crash interface of Myspace. Once there, abundant information regarding record release shows and the honor of opening for Mary Weiss and the Reigning Sound surfaced to the screen. Thankfully here in summer 2007, the CD has arrived to simply clear and shake things up!

The unsung band’s record quickly ascends on the opening song “All Over Again” with its radiant vocals stacked over charging guitars. However, the landing gear quickly folds out as the band lands back on the chorus and it’s the familiar workaday word: “Where everything looks so familiar.” The song testifies in Kinks-ian fashion to the notion (or realization) that each day does not bring advancement, but one gets caught up in the unsparing cycle of “The same mistakes/All over again” and then back ‘round to the lament of “Seems Like I’m starting where I already been.” Next, “Bored Outta my Gourd” (under the guise and burden of a bad relationship) seemingly decries a draining workaday life filled with a predominance of reaction, and barriers to action with its megaphone vocals and searing guitars. A reprieve from the conflictions thankfully comes with the fluttering and concise sounds of “They're Trying to Tell Me Something” that pledges allegiance to such melodic Dutch 60’s bands as the Outsiders, the Jay Jays and the Sandy Coast. However, when the inspired song reaches its brilliant zenith point it echoes the U.S. sounds of the Knaves. Here, Eric Stein proclaims: “When the wind sweeps through the Branches” recalling the wishful bridge in “Away” by the aforementioned Chicago band. “It was Another Time” brings a brawny flair and big spirit to the proceedings with its Nordic stomp that tromps through the highlands in the same territory of the Wildebeests.

The catchy, yet enduring “Whenever You’re Around” dashes out of speakers with the most deceptively simple and on-target songwriting sensibility not since heard since the KO and the Knockouts debut record. The band almost pulls off the swirling 5D-Byrds sounds intertwined with Something Else Kinks-isms of "Where My Feet Once on the Ground” but the convergence is a little too busy and cluttered. (The ‘66 sounds of the Byrds and Kinks were busy enough on their own.) They fare better with the straightforward ‘60s Pacific Northwest barrage as heard on their sonic serration of “Eur Nuthin” that would sound right at home over loudspeakers at a trampled brown grass, dime-toss and beer-tent midway. Furthermore, the impact and intensity of this pounder expresses the forces converging to overturn the aforementioned intra-personal riots and brings one back to observing the surrounding spectacle.
One of the highlights on the outer edges of the disc, “Come and Go” features a takeover by an exceptional skeletal guitar solo that brings to mind similar economically-minded efforts of the Subsonics while plaintively speaking volumes. The Griefs prevail at converging mod-pop and freakbeat which is so tough for many bands to convincingly pull off--west of the Embrooks. The album concludes on a high tide with “Know It True.” Starting off with some royal riffing and the declarations of “I’ve been trying so long," the final song connects to a compelling Chisel-like middle-eight which reprises the nearness motif with the proclamation of “Something changes when you’re near” before circling back to assaying the situation.
The band truly excels at the arrangements and bridges that connect and stabilize both rough ‘n’ tumble songs and the melodic gems like the red & yellow pieces of a Bridg-It game. These conductive bridges offer distinction and a cohesiveness that takes these songs far from monochromatic flatness and into full dimensionality. On a production note, the songs and sounds would have been better served in my personal opinion by say Matthew Smith and his charactericstic lavish reverb and stereo action. Some may hear this band as a surprise from the side, however it sounds to me like a long–awaited breakout album of a band ready for further breakthroughs.
Posted by Ted at 10:54 PM No comments: 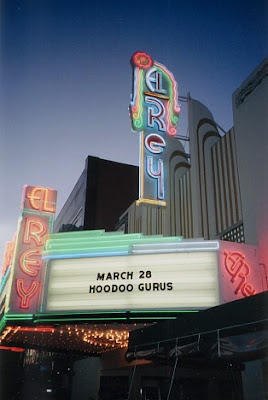 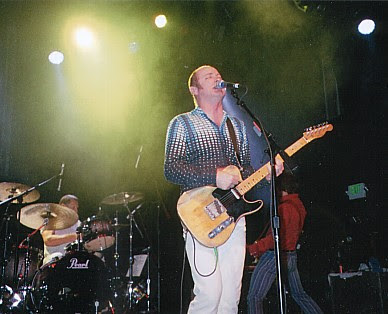