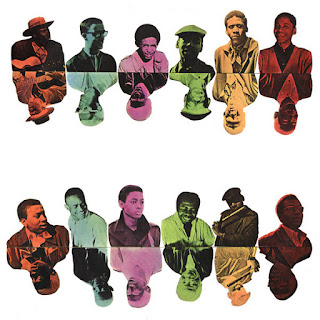 Formed in the aftermath of the 1964 Harlem riots, the Har-You Percussion Group, defied the forces closing in and bucked the odds to create this fully-realized album teeming with Afro-Cuban-Jazz-Latin-Soul sounds. The group, comprised of 11 African American & Puerto Rican teenagers, took root in the Arts & Culture division of the Harlem Youth Opportunities Unlimited (HARYOU) organization led for a time by Cyril DeGrasse Tyson (father of astrophysicist Neil Degrasse Tyson).  Notable Latin jazz musician Montego Joe was hired to provide overall direction and guidance, while being tasked to deliver a finished project that demonstrated "progress" was being made with these young men. In the span of four years, Montego imparted the rudiments of Afro and Afro-Cuban percussion and off they ran with it-frequently into exciting new directions.
Their progress report was delivered in the form of this exploratory 1968 recording that captures all the unbridled enthusiasm and propulsive energy on levels similar to what teens out in the suburbs were emanating in garages, gyms and basements.  The first half of the album is a spirited warm up leading to the jolting and brilliant fireworks found on the second half. The ebullient "Welcome to the Party" is their signature song with its dashing Ramsey Lewis-ish piano lead riding a high tide of percussion surging over the seemingly extemporaneous arrangement. "Santa Cruz" follows immediately behind with its momentum generated by its percussive cylinders firing off in perfect working order and topped off with an alegre melody line rendered by a flute.  In other words,  polyrhythms galore going on under the hood with Montego Joe's production steering things straight.

Overall, this album is the sound of an ensemble rising to the occasion and surpassing all exigent expectations of its own time and place.  Little did anyone know that in the process they were making one for the ages. 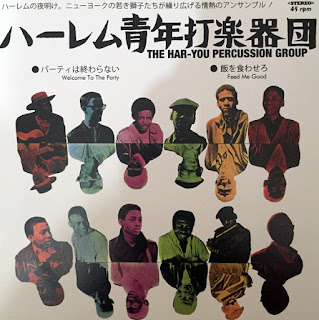