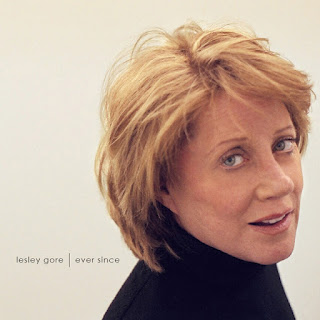 Released over a decade ago, Ever Since was Lesley Gore’s first new album in 30 years and would ultimately be her last due to her passing in February 2015. 68-years young at the time, she was in the midst of writing her memoirs of her challenging, unconventional and valiant artistic life. While she was continually overshadowed by her contemporaries (Carly Simon, Carole King, Linda Ronstadt), and under-recognized by the mainstream critics due to timing of her hits and the seismic shifts in popular culture during the late ‘60s/early ‘70s, this American original did retain an international audience (especially in France, Germany & Japan) along with a devoted domestic cult following throughout her career.

With Ever Since, Gore rewarded listeners with 10 sophisticated jazz-tinged pop songs which emanated her conviction, textured wisdom and her vast resilience. The stirring centerpiece is a revised rendition of her signature song “You Don’t Own Me” that is not perfunctory, but interpreted from a different stage and station in life. Overall, the songs are contemporary and forward moving, but without the padding of guest appearances, rehashes of the Great American Songbook and/or glossy production which plague so many of these affairs. While her dynamic range evokes jazz vocalists from Pat Suzuki to Anita Baker, she’s ultimately true to her own distinctive voice and heart’s orientation. “Not The First” features an arrangement where the playful show tune verses expand out into a chorus of classic girl group proportions. The fitting swan song “We Went So High” closes out the album and a recording career with elevated elegance. Resolutely unconventional, yet non-abrasive, Gore was a strong-willed proto-feminist who continually overcame personal adversity and persevered in the push of popular culture. In the end, her indomitable spirit and timeless music came out ahead.
Posted by Ted at 7:51 PM