Jonny Chan & the New Dynasty Six: Circumstances Beyond Their Control? 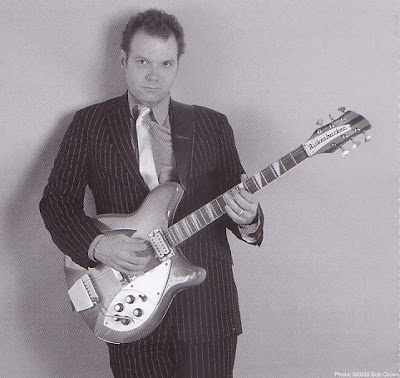 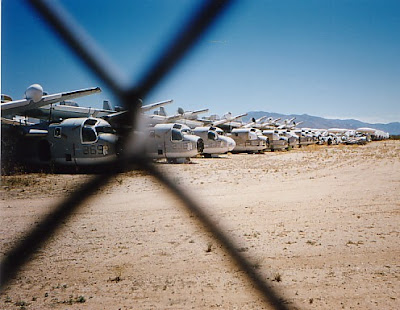 After a decade of delays, the second Jonny Chan & The New Dynasty Six album has finally lifted off the runway. It could be said that “I Hate You Baby” was a decade in the making or a decade overdue. Whatever your perspective, Sound Camera Records has ventured over the coiled barbwire and rescued this previously unreleased treasure from the dust yards of no availability. The reconditioned album, lovingly renovated by Sound Camera Records as a bonus tracks galore 2-disc edition, is ready to land under the glow and into the stereos of the sixties garage world.
Some may recall Jonny Chan & the New Dynasty Six made a major dent in 1998 with their debut album “So You Want Action” featuring “Little Black Egg” lyrically rendered in Mandarin Chinese. Others might remember their extensive interview atop an ambulance in Flipside Magazine. Still others might think back to their live shows and festival appearances (e.g., Fuzzfest ’97 in Atlanta and L.A.’s Dionysus Demolition Derby) where they opened up the sense of anything could happen and many times frequently did. In fact, during their "It's All About Me" finale, an amusement park character walked into Detroit’s Magic Stick (a venue loft above a bowling alley). It was a surreal and perfect jolt for a stripped-down garage festival called Gutterfest held during Indian Summer ‘98. So what happened in these intervening 11 years besides the usual compounding conflictions of work, school life, egos and musical differences? I will refer you to the CD booklet for both sordid details and brushes with fame. The music will be the main focus here.

You may be thinking, “This sounds like any garage band that managed to play a live set on WFMU, shake some NYC action at Manitoba's Bar and release a record on Dionysus or SFTRI.” Yes, the band was guilty of crash landing at any moment, being comprised of shifting and incongruent lineups while sending out infrequent communiqués over intermittent cut-rate websites. In this turbulence, lies the genius of Jonny Chan & the New Dynasty Six. They could sound so sharply focused and other times spinning out of control--and out of their heads. In the end, Jonny Chan is kind of like art or life itself—sometimes there’s understanding or momentum, but most other times something entirely else it transpiring. This is the soundtrack to both the clarity and chaos.

The instrumental “Hook, Line & Sinker” sets the album off in true go-go motion before setting stage for the downbeat and folked-up “I Say Yeah” featuring a soaring Rickenbacker solo that recalls the Optic Nerve and the Nightcrawlers at their finest. On "It's All About Me,” the band reaches its summit with the song’s perfect arrangement, shifting dynamics and musical execution. The first time I heard the flowery strums of the intro at the aforementioned Gutterfest show, I thought they were going to cover The Monkees’ “The Day We Fell in Love” which would not only be heretical, but truly dangerous to play in rough & tumble 1998 Detroit. Everything comes together for them in this instantly connecting and signature song touched by the divine spark. Next, “See My Way” surges things forward and displays their Kinksian side. (JC & ND6 belted out a charged up cover of the Kinks' "I'm Not Like Everybody Else." at the same Gutterfest show.) The song is also a perfect vehicle for Chan’s rush hour vocals conveying a native Detroit gunk accent clashing and converging with a transplanted snotty New York one. Chan’s vocals end up veering somewhere between John Felice of the Real Kids and the garage-pop sensibilities of Robert Wojz (of the Insomniacs). While this might not sound appealing under monitor glass, the voice is captivating, distinctive and a perfect fit for either a heartfelt ballad or a fast fuzz-filled ride.

The overflow reservoir department brims with an alternate and superior take of “This is the Place” overlaid with the more congruent vocals by Jonny vs. Wayne’s huskier straining lead vocals heard on the proper album. As every good architect has a trail of bad projects behind them there are a few throwaway pedestrian numbers (e.g. “Fatty Fatty Two by Four”) which were understandably sent to the impound. The real revelation is the pristine folk-rocker “I Want What I Can’t Have” which rates up with “Time Has Gone” from their debut album. One can only surmise sounding too much like Manfred Mann’s “Pretty Flamingo” layered with a veneer of “Norwegian Wood” disqualified this minor-key magnificence. While it may seem surprising this discerning Mr. Chan, who knows his Knaves from his Saturday Children, would have a Manfred Man blind spot, the head honcho of Sound Camera Records testified in Oakland County Circuit Court of no chicanery and Mr. Chan was truly unfamiliar with # 1UK hit from 1966. Flagrant rip off or not, this song is immaculate folk ‘n’ roll with an undercurrent of raga echoing in the distance. JC & ND6 always seemed attuned and aligned to regal feel and look of the Chicago ‘60s bands—from the Dunwich label in particular. This is testified in their glorious cover of “A Girl as Sweet at You” from their debut and the acoustic version of the Knaves’ “Your Stuff” which rounds out disc one. It’s not every decade that you hear a band covering the Knaves. Disc two features the Mosier Safe Sessions with its very apt echo making these rehearsals a Mondo Mid-sixties blow out. Also included on disc two, is a solid and satisfying WFMU set (15.5 songs from Joe Belock's Three Chord Monte program) from the dawn of this decade.

While coulda, woulda, shoulda surround the legend of Jonny Chan and the New Dynasty 6, these are only shadows contrasting with the moments of brilliance. With the perspective of time, Chan has come to terms with the missed opportunities, “It was 2000, Garage was hotter than it had ever been and we did everything wrong, we blew it big time. Nobody was willing to do what was needed to be done including myself.” Even if the band was able to ride the momentum, make an appearance on the Sopranos, play at the Randall's Island Donut Festival and release a glossy record on Wicked Cool, this path would have belied the unraveling energy of band lead by the unorthodox and unbounded spirit of Jonny Chan. Conversely, if the band was able to sidestep the fallows and minefields, they maybe could have achieved a string of releases and international festival appearances placing them in the upper echelons of the garage world. Nevertheless, this recovered bounty of previously unreleased recordings emanates with Chan’s considerable talents and vast capacities in commanding musical order while simultaneously dishing out the chaos. Furthermore, the story and sound are far from over as anything can happen when you enter the indomitable world of Jonny Chan and New Dynasty Six. 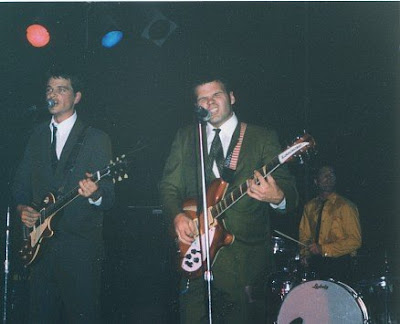