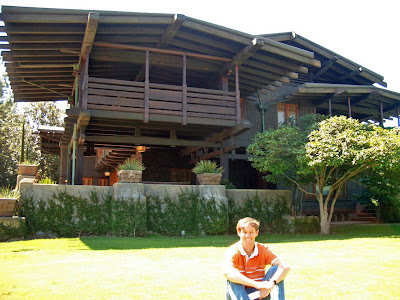 One of the good things about living in California (after years living elsewhere) is chance meetings with those whose inventions made a small impact on your life or they themselves actually become embodiments of the California myth.

On one sunny Sunday September morning, my wife and I were visiting the Gamble House in Pasadena. As we were approaching this wonderful remnant of old California and Craftsman heritage, a frail, yet sharp and welcoming lady approached us on the sidewalk. We exchanged feelings on what was truly a beautiful unfolding morning and the stunning work of rustic architecture in the midst of verdant landscaping. Being that the home is operated by USC and she and my wife were alumnae, we talked a little about USC trying to balance being a "football school" with their rapidly improving academics. As she walked away into the lush neighborhood she turned around to say, "Remember, I'm the little old lady from Pasadena."

One Sunday in 2007, I was working my usual overtime at the Westlake Village library. An older man approached the reference desk and requested some assistance on finding some information about the correlation between an irregular heartbeat and being an athlete. I found some studies for him and printed them up after finding out the good natured man was not a "computer guy." We got to talking about distance running and the longtime publication Track & Field News. He then proceeded to tell me that he helped designed the shell toe for the Adidas Superstar shoe. While I'm a trusting person, I still had my doubts due to a huckster who told me he was once an accountant for Capitol Records in the '60s and proceeded to narrate a visual image of the opening sequence in the Timothy Leary movie that was never made. Anyway, I told my assistant about the "Adidas guy" and we proceeded to Google him when it was slow at the library. We found out via a blog that he was indeed into sporting goods-actually involved with the invention of the shell toe and was also the source for cricket equipment and information on the West Coast. Recently, reading the book Sneaker Wars by Barbara Smit, I came across a mention of him again. Smit's research did confirm that the man (Chris Severn) and his brothers helped distribute the first (German imported) Adidas shoes on West Coast from their North Hollywood garage in the late '50s. The outstanding book also states that Chris Severn invented the shell toe for the all-leather upper Superstar in 1969. The book proceeds to trace how the Superstar superseded the canvas Converse All-Star on basketball courts with the champion Boston Celtics wearing them along with Kareem Abdul-Jabbar. Interestingly, I recall Magic Johnson and Larry Bird wearing leather Converse from the "Choose your Weapon" ad campaign of early '80s pre-Air Jordan era. 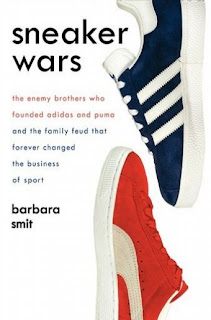