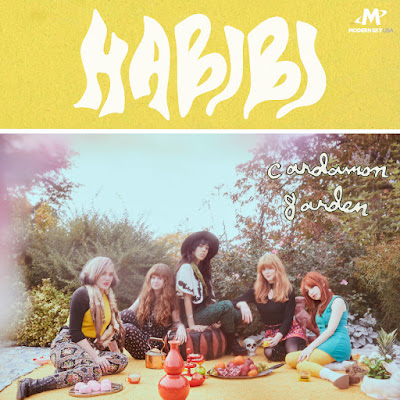 This all-female quintet certainly exudes a certain thrift shop charm, while weaving an appealing tapestry. Their focal point and catalyst is lead singer Rahill Jamalifard who is of Iranian-American descent and actually grew up in the flatlands of Michigan before following her global dreams to NYC. Under her direction, the combo adeptly intertwines Middle Eastern undercurrents with the enduring influence of the Shangri-Las, Luv’d Ones and Vashti Bunyan-which differentiates their sound & image to stand apart from their contemporaries. While many kids nowadays (inaccurately) call this surf rock with its abundant echo, reverb, and rolling drums, it all conspires to have a magnetic pull on listeners. Cardamom Garden sometimes slopes into that languid realm of wooziness where the weekend slips away before it even gets started.  Despite moments of slack, they have thickened their overall sound and expanded their sphere of influences to include Persian poetry (“Nedayeh Bahar”) and a Pebbles cover (“Green Fuz”) with the verses sung in Farsi that works to everyone’s advantage.
They should also be commended for their attention to harmonies, backing vocals and arrangements. This focus allows them to transcend the one-dimensionality that plagues many an emerging band.  If you have ever been enamored by the Century 21 female-fronted sounds of La Luz, Slumber Party, Louie Louie, the Girls at Dawn, Bobcat ’65, Summer Twins, the Splinters or even Best Coast, there is certainly something similar to connect to with Habibi.  It should be interesting to hear what they will do next, which is usually the point of an EP. Here’s hoping they incorporate even more pronounced Persian influences into their future pop efforts.
Posted by Ted at 6:02 PM No comments: 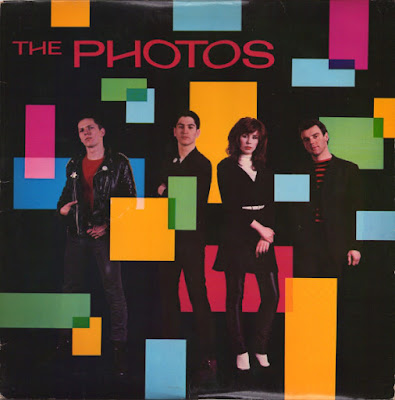 When I first came across this album from 1980, I was excited to discover a power-pop band that I have never previously before encountered.  What was further intriguing was that the band was led by a woman who went by the stage name of Wendy Wu (not the Homecoming Warrior).  Groups that were female-fronted and supported by male backing musicians were surprisingly rare in the new wave-era despite the runaway commercial and critical success of Blondie and the Pretenders.  Moreover, a band featuring a female lead singer with an assumed Chinese surname of Wu was certainly striking during this angular time.  My initial impression was that the band was originally from somewhere like St. Louis before moving their impossible dreams to N.Y. or L.A.

The British Blondie?
The Photos actually hailed from Evesham-a civil parish between London and Birmingham and instantly expressed their chagrin when pegged as the British Blondie.  This is one band that accurately sounds like their graphic design while being fortunately directly inspired by Blondie despite their frequent denials. Songs like the dashing "Irene" would have sounded perfect on Rhino's Just Can't Get Enough: New Wave Hits of the '80s or their DIY series from 1993. “Friends,” a standout slower number building on Spector's wall of sound, could have been the closing number on the Valley Girl Soundtrack. Their stellar rendition of Bacharach-David’s "I Just Don't Know What to Do with Myself" fittingly concludes the proper album.  It also sounds like a highlight from an old episode of Rock Over London before being taped over and existing only in memory.

Developing their Sound
Overall, the songs are straight to the slanted point aesthetic of power-pop with some cuts wearing a splash of reggae-which humidified the UK air at the time.  The layered and large production is able to achieve the tricky balance of offering taunt and tough guitars within songs that sweep and even soar at times. Perhaps the only shortcoming holding the Photos back was Wu’s voice.  While her voice was certainly proficient with pronounced Debbie Harry inflections, it is not in the same distinctive league of her model or Chrissie Hynde. In brief moments her voice slips into that dreadful office worker-Diet Coke metallic shrillness that would later be heard coating the hoopla of Grace Slick's Starship.  Along with Sheena and the Rokkets (Fukuoka, Japan), the Shivvers (Milwaukee) and the MnM's (Los Angeles), the Photos seem somewhat overlooked in the stack between the trailblazers that came before (Blondie and the Pretenders) and those who came successfully after (Joan Jett and the Blackhearts and Katrina and the Waves) in the video era. By happenstance, the Photos bring another perspective on the new wave movement to light. 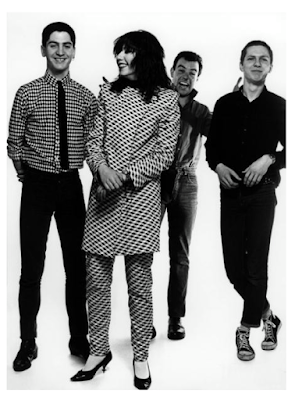 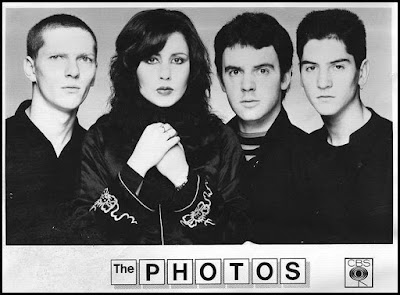