Los Holiday's-The Sounds of the Holiday's 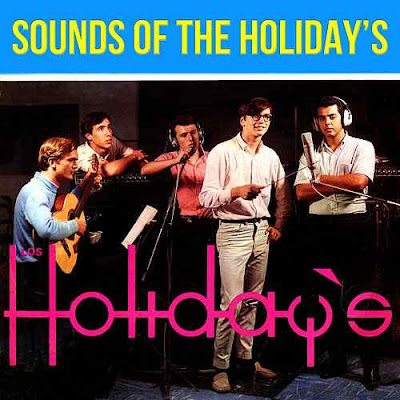 Here is the sound of the British Invasion cascading down to Caracas, Venezuela circa 1966. While there is the expected, inescapable and delightful influence of the lads from Liverpool, there is a much stronger affinity for those beat merchants from Manchester-the Hollies. Upon initial listens, I could also detect what I thought was an undercurrent of Nederbeat. This Dutch tilt turned out not to be merely coincidental as I learned that the group's lead singer, Franklin VanSplunteren, was originally from the Netherlands and immigrated with his family to Venezuela in 1964.  Los Holiday's affection for the Hollies is clearly evident as they include five of their songs: “When I Not There," “What Kind of Love,” “Baby Don’t Cry,” “Little Lover” and “Come on Back."  Even their take on Doris Troy's "What'cha Gonna Do About It" was initially covered by the Hollies.  On lado/side 2, they branch out with the Searchers' "Till I Met You" where their early incarnation as an instrumental band can be heard in the guitar twang. While their spare original songs like "I've Had My Dose" and "You'll Learn this Way" are not as upfront or staggering as those from leading South American big beat combos like Uruguay's Los Shakers or Los Datsun's from Peru, their earnest harmonies and delicate melodies are endearingly expressed. The Dutch-accented English vocals and their immersion into the Hollies spill over into the Venezuela air-resulting in some well-crafted, plaintive and truly distinctive minor-key beat. Overall, it's a traversing South American sound on the threshold of something still striking and seeking. 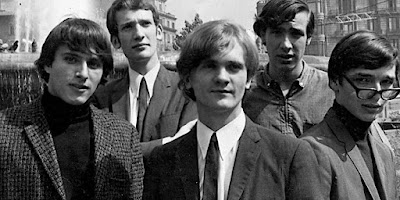