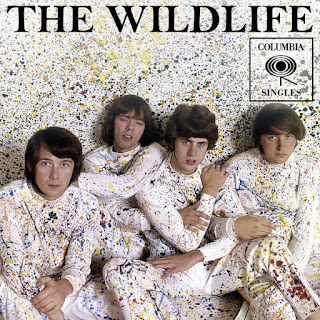 What an unexpected surprise to see this collection of singles surface here in 2018. Previous to this release, the Wildlife were one of those ‘60s bands that recorded a handful of standout singles on high profile Columbia Records, but their music could only be partially found as Youtube recordings of the original records. Legacy is most likely releasing this digitally in order to extend their copyright and prevent having these 50-year old recordings slip through their grasp and into the public domain. The front cover photo presents the band in their full pop art glory-almost looking like a ‘90s Madchester band sitting in on a Stone Roses photo shoot. The first half of the album opens a trove of folk-rock pop songs that I have heard before by other acts, but needed to refresh my memory  in order to recall their exact origins. “This is What I Was Made For” came from the prolific pen of PF Sloan. “Where Do You Go” was actually Cher’s first single and written by none other than Sonny Bono. “Hard Hard Year” is a deep cut by the Hollies in waltz time, while “New Games to Play” was written by Ritchie Cordell who composed some of Tommy James’ biggest hits. “Come See About Me” is the Supreme number, which could be considered a brave & bold move by the band or simply foisted on by Columbia atop the heavy slab of Vanilla Fudge.  After uncovering these covers, we get the downbeat & folked up “Time Will Tell” which could be considered the chiming centerpiece of the collection.  The verses presents the conflicted jilted lover pleaing for that one last chance, while the choruses have him convincing himself of the eternal truth and foregone conclusion that "Time Will Tell." Directly following is the previously unissued "Visions" which is mid-tempo psychedelic-propelled pop at its mid-sixties finest. The tale of a combo from the Ohio hinterlands getting lost in proverbial New York major label hustle-bustle-shuffle is among the oldest tropes in show business. However, their captivating and enduring songs have reemerged 50 years later, thanks to copyright extension, to convey there are sometimes second acts for unsung American garage bands.
Posted by Ted at 6:51 PM No comments:

The Soulful Strings - Paint It Black 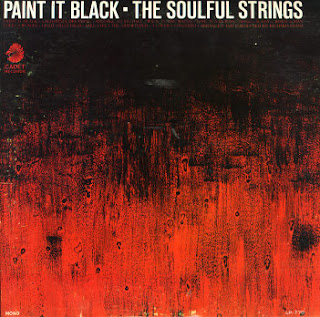 Here we have some truth in advertising with the abstract image of a red background painted black aligning to the album title. Appropriately, this 1966 album of all covers leads off with a striking rendition of “Paint It Black” featuring abundant echo, prominent flute and Latin polyrhythms. The main man and driving force behind the red door was Richard Evans, a bass player who later went on to produce and arrange for megastars like Peabo Bryson and the legendary Ramsey Lewis before becoming a distinguished professor at Berklee College of Music in Boston. At Chicago’s Cadet Records, Evans led the large house band which included guitarist Phil Upchurch, flautist Lenny Druss and harpist Dorothy Ashby who became known collectively as the Soulful Strings. While none of their recordings express the deep depths of a David Axelrod project or the compounding congas heard on Music from Lil Brown by Africa, the music is certainly textured while the employment of strings allow for the unfurling of sweeping melodies. They interpret these hit songs in way that retains their essential core, but customize them to the point to also make them adventurous, dynamic, and enduring. In short, the strings are smoothly blended and skillfully balanced with the soulful elements. The album does sag in the middle as the source material (“Sunny” & “When a Man Loves a Woman”) now sounds tired and turgid due to radio overplay. The album takes flight once again and peaks with “Eight Miles High.”  Subsequently, the Soulful Strings would go on to release the original single “Burning Spear” which reached #64 in February 1968 on the Billboard Hot 100 and a half-dozen long players-all arranged & produced by the aforementioned Richard Evans. While the Soulful Strings have gained belated recognition and royalties from being frequently sampled, they have not yet received a domestic reissue treatment beyond their 1968 Christmas album which was re-wrapped in 2015. In any case, this debut is the place to begin exploring their transitional sounds created by Evans layering musical elements of Africa and Europe over mid-sixties pop and soul in the heartland of North America. 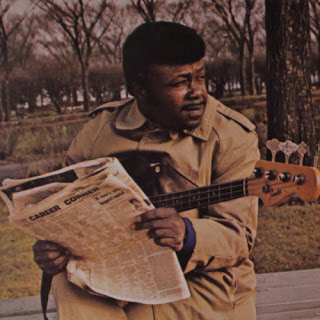